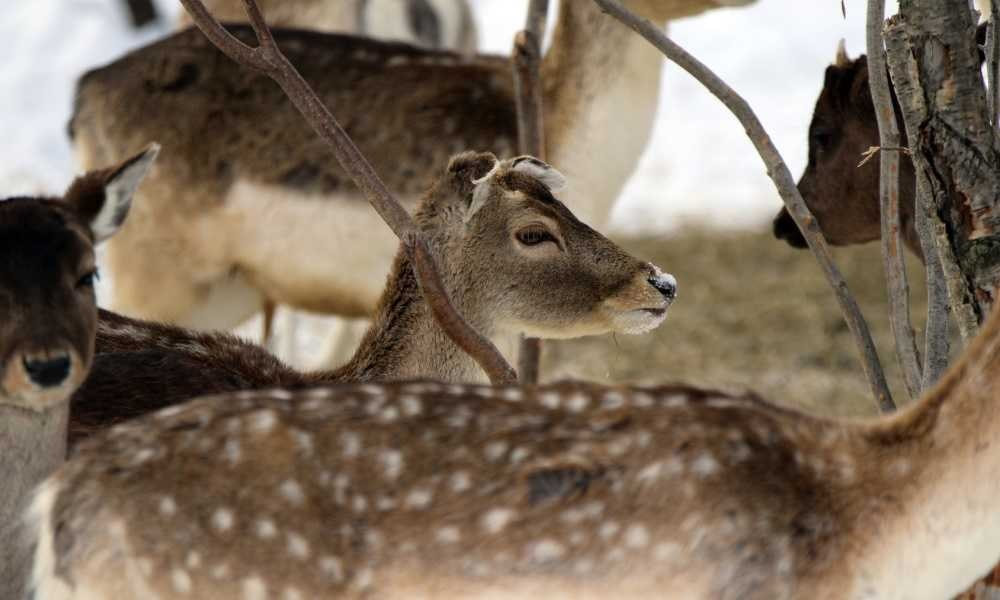 Different Types Of Deer From Around The World

Arctic And Subarctic Deer
When looking at this type of deer, it is important to note that the moose and elk are the same animal which fall into the scientific family of Alces alces.  However, the North American moose is considered to be a subspecies of the Eurasian elk, but many scientists classify them as different types of deer.  Making up this type of deer will be the elk moose and reindeer.

Moose and Eurasian elk will live in the subarctic forests of the northern hemisphere.  Elk and moose will often be found in Canada, Alaska and the northeastern parts of the United States of America.  Eurasian elf will generally be found in Finland, the Baltic States, across Russia and across Scandinavia.  These deer are the largest in the world with the adult moose reaching 6 foot 9 inches at the shoulder.

Reindeer or caribou are found in mountain ranges, boreal forests and the frozen tundra for the arctic and subarctic regions of North American and Eurasia.  They will generally be found at higher altitudes than the moose and elk.  The reindeer is much smaller than the other arctic and subarctic deer reaching only 4 foot 9 inches at the shoulder and getting smaller the further north you travel.

The Deer Of Europe
The 2 deer types of Europe are fallow and roe deer.  Of these deer, fallow are the larger ones and will generally prefer warmer climates.  Fallow deer can easily be distinguished by their chestnut coat which has white mottling.  It is important to note that there are some of these deer which appear completely white or completely black.  During the winter months, their coats become darker and they will shed their antlers.

The roe deer is smaller than the fallow deer and will have more gray in their coloring.  During the summer months, their coats will also have a reddish shade.  Another difference between these types of deer is that the roe deer has a tail which is barely visible.  This contrasts the fallow deer which has a noticeable black stripe on their tail.

Fallow deer were originally found in Western Europe, but have been introduced to different parts of the world.  You will now be able to find them in Europe as well as southern South America and New Zealand.  Roe deer are also native to Western Europe, but will not be found as far north as moose.  These deer will generally be found in rural areas and are solitary in nature as well as territorial.

Swamp deer are generally found in the countries of Nepal and India where they live in medium-sized herds.  They can be distinguished by their yellow toned coats and the fact that they have more than 3 prongs in their antlers.  Another deer which can be found on the western Indian subcontinent is the sambar deer.  These deer are generally found on dense forests of any type and are the largest of this type of deer.

The water deer can be found in China and Korea, where it lives close to water sources.  These deer are excellent swimmers and have been introduced to the United Kingdom.  The tufted deer can easily be recognized as it is small in size with a grayish coat with a black tuft on the top of the head. There is also what you call the colored tails.